Ingenbohl Abbey is the motherhouse of the Sisters of Mercy of the Holy Cross. The sisters at Ingenbohl are part of the global Franciscan family and the Third Order.

Ingenbohl Abbey was founded in an era of political and social upheaval. There was great poverty and despair at the time. The Capuchin monk Father Theodosius Florentini, a young friar from Münstertal in Grisons, wanted to alleviate this suffering by taking courageous steps and so acquired the Nigg’schen Hof estate in 1855. This farm developed into the motherhouse, and in 1857 Maria Theresia Scherer was elected as abbess after the lay sisters in Menzingen and the Sisters of Mercy in Ingenbohl had been declared as two independent institutions by episcopal decree in 1856. Following the death of Father Theodosius Florentini in 1865, the abbess remained true to the spiritual legacy of the abbey’s founder and oversaw the continued development of the abbey and led its community with prudence and kindness until her death in 1888. Mother Maria Theresia was sanctified by Pope John Paul II in 1995. Today, the Sisters of Mercy are an international congregation with around 3,200 nuns in 17 countries. The motherhouse – that is to say, the Generalate of the Sisters of the Holy Cross – continues to be situated in Ingenbohl in Switzerland.

The abbey church and crypt form part of the motherhouse of the Sisters of Mercy of the Holy Cross. The abbey church was consecrated in 1973 and its light-coloured stones are an allusion to scripture: ‘And you are living stones that God is building into his spiritual temple’. The crypt was consecrated in 1975 and contains the grave of the Holy Mother Maria Theresia Scherer. 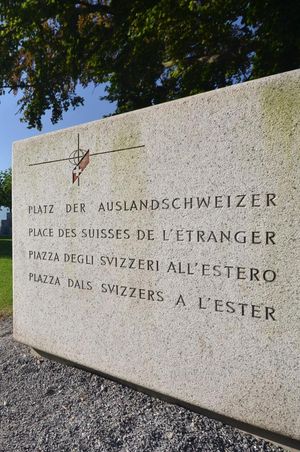 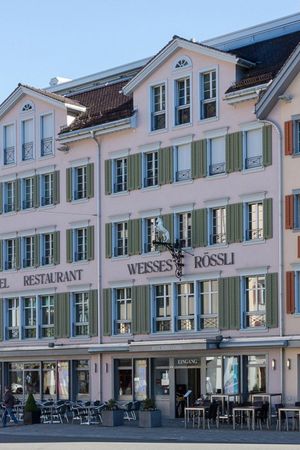 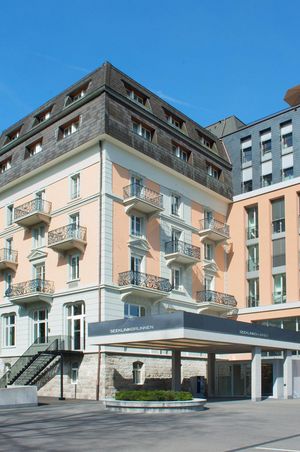