The Jesuit Church stands there, radiant in its beauty, recognisable from afar: situated next to the River Reuss, it is a treat for the eyes.

Construction of the church began in 1666, with the official inauguration being held in 1677. The Jesuit Church was modelled on the Church of the Gesù in Rome as the first major sacred building to be built in the baroque style in Switzerland. In terms of art, particularly worth noting are its baroque and rococo stucco, its high altar, and its organ and treasury. The imposing interior boasts a particularly fine acoustic, which is why the church now also serves as a concert venue; organists are also taught here.

It was also used for worship by the Jesuit School and for the Jesuits’ pastoral ministry. Like the other two large churches in the centre, St. Leodegar’s and the Franciscan Church (St. Maria zu Franziskanern), the Jesuit Church’s contribution to the role played by the Catholic Church in Lucerne’s public life cannot be overestimated. 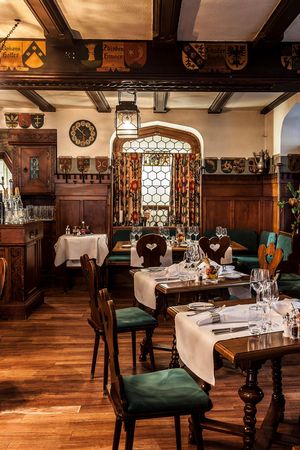