The Church of St. Mary in the heart of the Franciscan Monastery was erected between 1270 and 1280 by Franciscan monks, who occupied the site in Lucerne until 1838. The building's medieval architecture is typical of that favoured by this mendicant order of monks.

The Gothic interior features the most elaborately ornamented pulpit in Switzerland, dating from between the Renaissance and baroque periods. Frescoed flags depict plunder from Lucerne's military campaigns. Later alterations and extensions introduced new stylistic elements from the baroque and rococo periods.

The townscape of Lucerne created by the Grisons engraver Martin Martini in 1597 includes the Franciscan Church, as well as the Hospital Church (Spitalkirche) and Hospital of the Holy Spirit (Heiliggeist-Spital). The latter was founded in the 13th century as one of the first institutions of the nascent town to care for the needy, the sick and pilgrims. The hospital building was pulled down in 1656 when the institution moved to a location outside the town walls, its church suffering the same fate in 1788. The church's grounds were next to the Franciscan Monastery Gardens. Due to overcrowding of the town’s graveyards, the gardens were converted into a cemetery in 1600 and remained in use until 1798. Burials regularly exposed human bones. 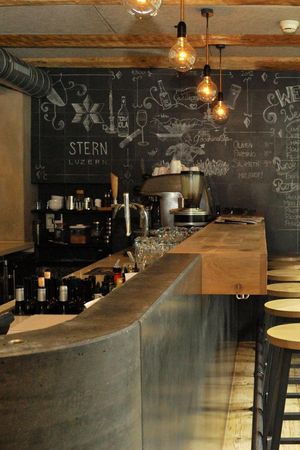 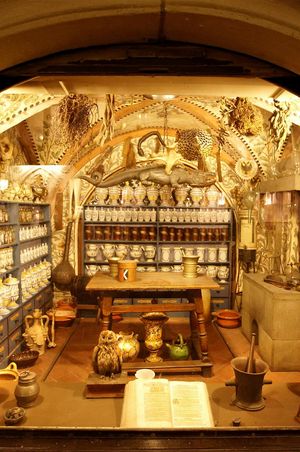