The Culture and convention centre Lucerne

The very fact that a comparatively small city like Lucerne harbours an architectural masterpiece with international appeal is extraordinary: one would sooner expect to find an imposing edifice of this nature in metropolises such as London, New York or Paris.

Yet the Culture and convention centre Lucerne (KKL Luzern for short), the pride of many a Lucerne resident, has been an integral feature of the lakeside since 2000. It replaced the Art and Congress Centre designed in 1933 by Armin Meili, which had been home to the annual “Internationale Musikfestwochen” festival since 1938.

Built between 1995 and 2000, the KKL Luzern is a unique civic amenity designed by the renowned French architect Jean Nouvel and the American acoustician Russell Johnson (1923–2007). The opening event of the erstwhile «Internationale Musikfestwochen» (today the Lucerne Festival) in 1998 marked the inauguration of the KKL Concert Hall. The KKL Luzern as a whole was inaugurated in 2000.

The building is divided into three parts comprising the Concert Hall, the multifunctional Lucerne Hall and the Convention Centre (the latter includes the Museum of Art). The KKL Luzern enjoys international acclaim thanks to its exceptional architecture and world-class concert hall. A wide range of events can take place under the sweeping roof – not only alongside each other while remaining entirely separate, but also interacting with each other if needs be. These events encompass culture, congresses and gastronomy.

The KKL Luzern is characterised by another spectacular and unique feature: the architect Jean Nouvel let water flow into the building from Europaplatz, the public space between the three parts of the structure, which line up like vessels in a shipyard under the huge 113 x 107 metre roof. This cantilevered roof features a 45-metre projection (diagonally measured) which is completely unsupported. The underside consists of 2,000 aluminium panels that reflect the surface and waves of the lake. The roof is 12,000 m

The main Concert Hall and Seebar cocktail bar are on the east side of the complex, while the Lucerne Hall occupies the middle section. The Convention Centre is on the station (west) side, together with the Auditorium and Club Rooms. Also within the KKL’s walls are the Bistro, Restaurant RED, Crystal Lounge, Museum of Art and administrative offices. At the back are the service facilities with access to every part of the building.

The 1,840-seater Concert Hall has exceptional acoustics and is primarily designed for the classical repertoire. The canopy above the stage, revolving echo chamber doors, white plaster reliefs and materials used all conspire to create an incomparable acoustic environment. With special sound-absorbing doorways and an inaudible ventilation system, Russell Johnson also created the perfect conditions for complete silence, allowing the sound to fulfil its dynamic potential. 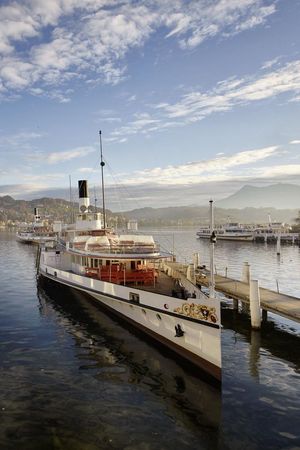 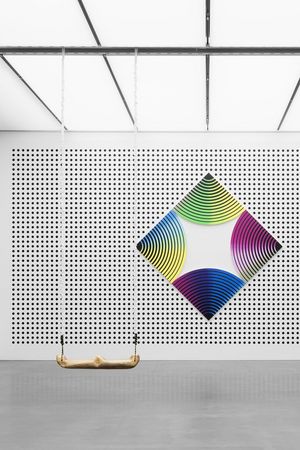