The imposing Church of St. Leodegar

Considered the most important example of church building from the Renaissance period in Switzerland, the Church of St. Leodegar – also known as the Hofkirche – is the parish church of Lucerne. The history of this impressive building is long and eventful.

Around 735/736, Southern Alemanni noblemen founded a small monastery on the site now occupied by the church precincts. Around 1135, the self-governing monastery became a dependent priory of Murbach in Alsace. Changing fortunes obliged Murbach Abbey in 1291 to sell the priory in Lucerne and all its properties to the Habsburgs. After Lucerne joined the Old Confederacy in 1332, the town of Lucerne began appropriating the rights of the Habsburgs – including those over the monastery – in a process that continued until 1433. The Benedictine monastery became a collegiate church in 1455/56. Since then, the college of canons (non-monastic community of clergy) has recited the Divine Office every morning and evening.

The Church of St. Leodegar is the sacred centre of the St. Leodegar and St. Maurice college of canons. The church was destroyed by fire in 1633, leaving only the two towers with their Romanesque elements. The interior of the edifice features a number of different influences. The high altar is fashioned from black Unterwalden marble.

The imposing organ was built in 1640 and extended in 1862, before being modified, restored and enlarged between 1972 and 1977. The organ prospectus of 1640 records it as having the tallest (10.7 m) and heaviest (383 kg) pipe in the world at the time. Overall, the organ weighs an incredible 30 tonnes. The 7,374 pipes are distributed across 111 registers. The Echo division inaugurated in 2015 has witnessed the inclusion of some new pipes and, most importantly, the reintroduction into the organ of the best preserved pipes dating back more than 150 years. The Echo division is thus performing not only a musical task, but also fulfilling a mission in terms of preserving a valuable ancient monument in the most appropriate manner.

The «rain machine» consists of a pneumatically driven rotating wooden drum containing metal balls, which are designed to cascade over chicanes incorporated into the metal lining of the drum. This legendary device has left audiences both awestruck and disquieted since 1862. 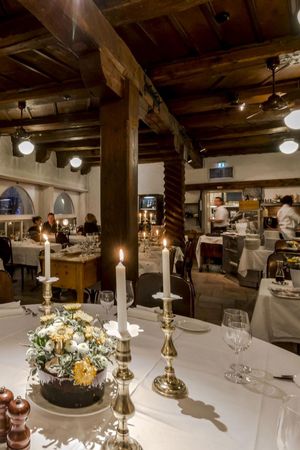 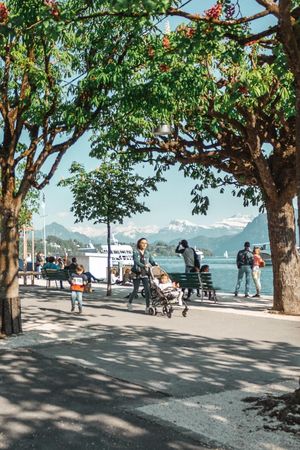